If you heard a news that “iPhone exploded in a car” or “Smartphone battery explodes while charging, kills 12-year old” and worried about, this is the perfect place for you.

Let’s see why mobile phone explodes or what causes the explosion.

explosion is a rapid increase in volume and release of energy in an extreme manner, usually with the generation of high temperatures and the release of gases. In short, if something is releasing gas in high amount and gas has no way to come out, it keeps pressure building from inside and after some point in time, gas releases breaking the container, we usually call it as explosion. When we say smartphone exploded the only component responsible for it is  a battery.

When Li-ion battery cell enter into exothermic breakdown stage, it gets heated up and release oxygen and carbon dioxide gas. This process creates a loop which also heat up neighboring battery cell entering into exothermic breakdown. This whole process heat up battery and pressure of gases inside battery keeps rising.  Finally this pressure releases with an explosion.

So what factors cause Li-ion battery reach to exothermic breakdown?

As our title is, there are 3 main reasons mobile battery explodes.

External temperature: When you put your mobile phone in a car especially below windshield, it gets directly exposed to sun light. Temperature of battery increases and once it reach to its threshold level, exothermic breakdown starts and your phone can explode. Its not just about a car but any place where temperature is high, there is threat of such explosion.

Below are some common practical cases that you should avoid

Old/Defective battery:  When you purchase battery from unauthorized store, high chance you will get defective battery. There is no need to say defective battery can lead to explosion.  Another scenario is if you use very old phone with old battery, there is chance that its charging cycle has corrupted and cause explosion in rare scenarios.  There are few examples where police after investigation confirmed that phone explosion was caused by using old defective battery.

Internal temperature :  Sometimes you plug in your phone during night and then forget to unplug when it is 95% charged. Continuous overcharging damages Li-ion battery. It not just reduces battery performance and durability but also causes issues like high temperature and can lead to explosion. In many cases, mobile phone exploded when it was connected to charger, was overheated since person was talking on the call.

A myth is that phone will stop charging when it reaches 100%. It is totally wrong. Android phones do not disconnect battery and charger connection when it is fully charged.  However iPhones reduce voltage (charge) when it reaches 80% so that it takes long time to reach to 100% indirectly trying to avoid overcharging. Apple has officially release this blog on how you should charge your iPhone.

For android users, you can install this app called battery cooler. This app will automatically open up when you connect charger and if battery reaches 99% will loudly shout to disconnect charger. Not only that it will also give you audio warning if battery temperature goes high and voltage fluctuates while charging. Definitely a good app to try.

So in conclusion, you must avoid overheating of your phone, due to external conditions or overheating while charging. Heat is the main responsible factor behind explosion. For iPhones follow best practices like removing case cover while charging,  avoiding charging during afternoon time if you are in tropical region where temperature goes above 37 degrees in summer season. For Android phones you can try out same practices but you also have an app that can warn you if temperature crosses threshold level.

If you find this article adding any value, please feel free to comment below and share with your friends. 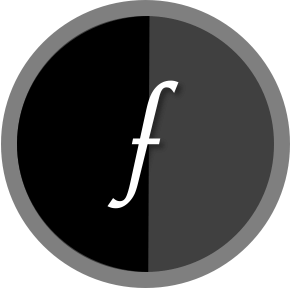 Hidden Camera Detector app developer and blogger. We are in a process to build something useful and also provide tech information to the readers.

This website uses cookies to improve your experience while you navigate through the website. Out of these, the cookies that are categorized as necessary are stored on your browser as they are essential for the working of basic functionalities of the website. We also use third-party cookies that help us analyze and understand how you use this website. These cookies will be stored in your browser only with your consent. You also have the option to opt-out of these cookies. But opting out of some of these cookies may affect your browsing experience.
Necessary Always Enabled

Any cookies that may not be particularly necessary for the website to function and is used specifically to collect user personal data via analytics, ads, other embedded contents are termed as non-necessary cookies. It is mandatory to procure user consent prior to running these cookies on your website.